How does carbon monoxide poisoning happens? 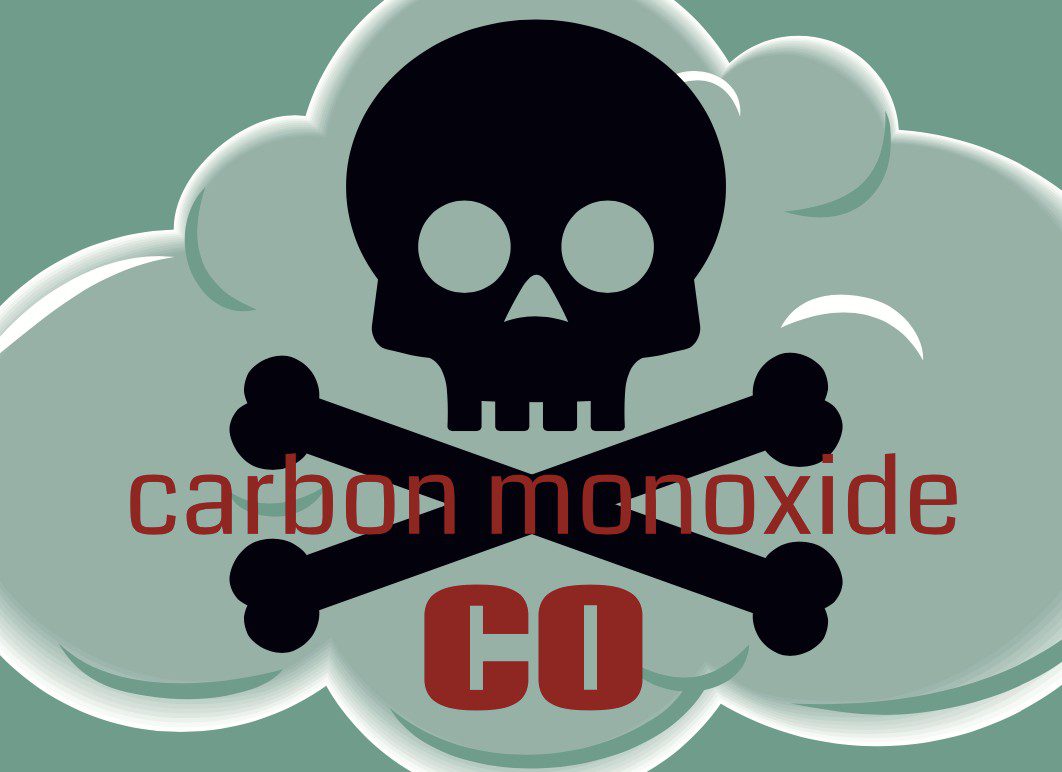 Carbon Monoxide is a compound composed of carbon and oxygen and has the chemical formula—CO. It is a highly poisonous gas that can result in asphyxiation when inhaled. Carbon monoxide is formed when fossil fuels (gas, oil, kerosene, wood, charcoal, etc.) are burned with insufficient amounts of air. Automobiles, space heaters, portable generators, ovens, furnaces, fireplaces, water heaters, and gas powered clothes dryers are all common sources of carbon monoxide production. CO poisoning occurs when these appliances are not working or vented properly and dangerous levels of CO build up.

What causes CO poisoning? Hemoglobin within red blood cells is responsible for transporting oxygen to the body.  With elevated levels of CO in inhaled air, CO binds to hemoglobin instead of oxygen. This results in less life-sustaining oxygen being supplied to body tissues and vital organs such as the brain and heart.

Are there symptoms associated with CO poisoning? Carbon monoxide is an odorless, colorless gas, so it can be very difficult to detect. At moderate levels, the most common symptoms of CO poisoning are headache, dizziness, weakness, nausea, vomiting, chest pain, and confusion. Higher levels of CO intoxication can result in loss of consciousness and death. Some people have been fooled into thinking that their symptoms were due to a cold or flu, whereas they were really experiencing CO toxicity.

How big a problem is CO poisoning? Each year, over 400 deaths occur due to CO poisoning and many more seek medical treatment.  The risk of succumbing to CO poisoning is highest among the elderly, those with chronic respiratory or heart problems, children, and people with anemia.

What do I do if I suspect CO poisoning? If you experience symptoms that you think could be from CO poisoning, get to fresh air immediately. Open doors and windows to ventilate the house and turn off all fuel-burning appliances.  Go to an Emergency Room as quickly as possible and inform the staff that you suspect CO poisoning. A fairly simple blood test that measures the level of a compound called carboxyhemoglobin can be done to confirm the diagnosis.

How can I decrease the risk of CO poisoning? The Centers for Disease Control has offered the following suggestions to help prevent CO poisoning:

Can I feel safe with a CO detector in the home? CO detectors should not be a substitute for proper use and maintenance of your fuel-burning appliances.  While many authorities recommend their use, it should be realized that the sensitivity and reliability of these devices varies greatly. Be sure that any CO detector that you buy has received UL certification. Check the batteries every time you check your smoke detector batteries — at least twice a year.  If an alarm sounds make sure that it is the CO detector rather than the smoke alarm. If anyone in the home is experiencing symptoms of CO poisoning take them to an Emergency Room right away. If no one is experiencing symptoms, ventilate the house and turn off all fuel-burning appliances. Have a qualified technician inspect the home for potential sources of CO production.

If you have any more questions just Ask Hanna, our health advisors are here to help.
Image: ©Shutterstock / Donkeyworx