What is Fibromyalgia? - Health Channel 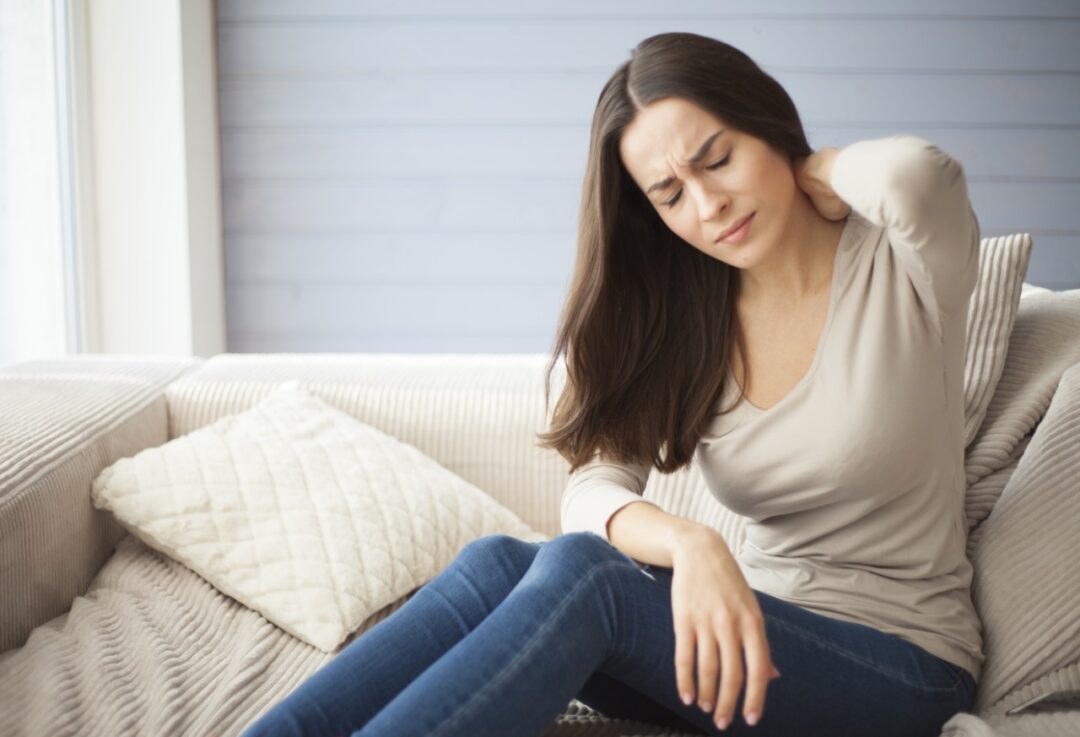 Fibromyalgia is a chronic medical condition characterized by widespread muscle pain, fatigue, and multiple tender areas known as “trigger points”. Fibromyalgia is considered to be an arthritis-related condition, but it is not truly a form of arthritis because it does not affect the joints (knees, shoulders, wrists, etc.) per se. Nor is it associated with inflammation as in arthritis. In fact, doctors do not yet know what causes fibromyalgia. The leading theory is that the pain receptors in the brains of people with this condition are more sensitive to pain signals. Thus, those with fibromyalgia appear to have an exaggerated response to pain. Something that would be only a minor annoyance to someone without this condition could be severely painful to someone with fibromyalgia. Chronic sleep disturbances, previous injuries, and psychological stress have also been suspected as playing a role in its development.

It is estimated that fibromyalgia affects approximately 5 million Americans. For unknown reasons, between 80 and 90 percent of those diagnosed with fibromyalgia are women. There also seems to be a tendency for fibromyalgia to run in families, although it is not known whether this is due to genetic or to environmental factors. Unlike many illnesses, blood tests, x-rays or special studies are not involved in making the diagnosis. Rather, the diagnosis is “clinical”, meaning that there is a group of characteristic signs and symptoms that suggest the diagnosis. Sometimes, however, tests are important to rule out other illnesses, particularly “rheumatic” diseases such as Lupus and Rheumatoid Arthritis. Guidelines established by the American College of Rheumatology make the diagnosis likely if someone has widespread pain for at least 3 months with multiple tender areas (“trigger points”). Common manifestations of fibromyalgia include sleep disturbances, fatigue, morning stiffness, headaches, numbness or tingling of the extremities and generalized aches and pain.

How it’s treated
There is no cure for fibromyalgia, but symptoms can often be managed with a combination of drug and non-drug treatments. Three medications, duloxetine (Cymbalta), milnacipran (Savella), and pregabalin (Lyrica) have been approved by the U.S. Food and Drug Administration (FDA) for the treatment of fibromyalgia. Duloxetine was originally developed for the treatment of depression and is still used for this indication. Milnacipran is similar to another antidepressant medication but is FDA approved only for fibromyalgia. Pregabalin is a medication that was developed to treat nerve-related pain but works for some with fibromyalgia also.

Over-the-counter pain medicines such as ibuprofen and acetaminophen are commonly used to treat discomfort associated with fibromyalgia. In general, opioid medications should be avoided by those with this condition. Some patients find benefit from antidepressants, such as fluoxetine (Prozac), which appear to increase the level of certain chemicals in the brain (serotonin and norepinephrine) which are reduced in fibromyalgia. It is generally felt that those with fibromyalgia benefit from physical activity even though this can be difficult at times because of fatigue and body aches. Group or assisted physical activities such as exercise classes or formal physical therapy may help provide motivation for those with fibromyalgia to become more active. Many people with fibromyalgia also report varying degrees of success with complementary and alternative therapies, including massage, movement therapies such as Pilates, acupuncture, and various herbs and dietary supplements for different fibromyalgia symptoms.

Long-term outlook
Perhaps the best news for those who suffer with fibromyalgia is that it will not lead to joint degeneration and it is not one that will shorten life expectancy. The associated depression and physical limitations, however, can be very debilitating. In many cases the illness seems to just “burn out”, whereas others may struggle with this for life. Maintaining a positive attitude also seems to be a key in coping with this condition.

If you have any more questions just Ask Hanna, our health advisors are here to help.
Image: ©Shutterstock / My Ocean Production