Can soda really affect my bones? 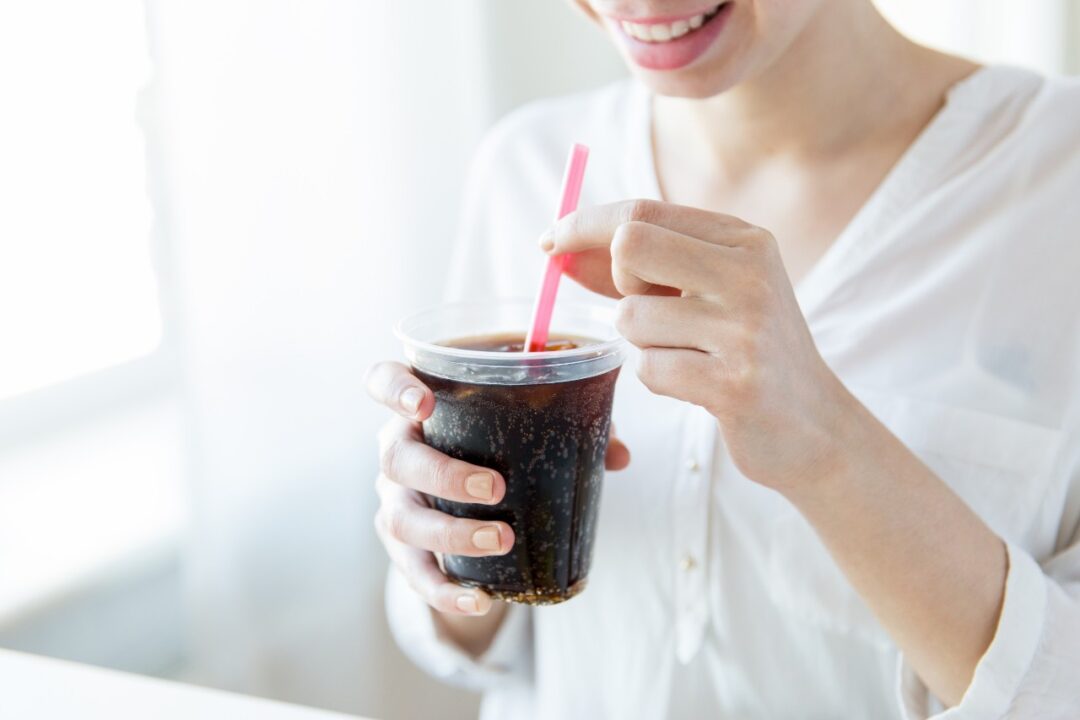 Osteoporosis is a disease in which bones lose strength and density. Results of studies have been inconsistent, but some point to soft drink consumption as having a negative effect on bone density. This has important implications to the more than 10 million Americans, mostly women, who have osteoporosis as well as those who are at risk for osteoporosis. The chief concerns related to soft drinks are that 1) they displace milk in the diet which is a rich source of calcium and 2) some contain phosphoric acid which binds with calcium to impair its absorption.

When taking factors related to calcium metabolism and bone development into consideration (age, calcium intake, exercise, use of tobacco and alcohol, estrogen status, etc.) some studies have found no association between bone density and intake of any type of carbonated beverage. One study, however, has shown that in teenaged girls, consumption of colas and other carbonated beverages tripled the risk of bone fractures compared to girls who did not drink carbonated beverages. This is particularly disturbing since adolescence is a crucial time for bone development that provides protection against osteoporosis later in life.

One of the largest studies on the subject involved the Framingham cohort, a population of individuals in the Framingham, Massachusetts area who have served as subjects for a number of long-term studies. Findings from this study indicated that in women, but not in men, consumption of more than three servings of cola per day resulted in significantly lower bone density readings as compared to those women who drank only one serving per day. Non-cola beverages, on the other hand did not seem to affect bone density in women or men. The postulated reason for this is that the phosphoric acid in cola beverages negatively affected calcium absorption. These results suggest that cola, but not other carbonated soft drink consumption, contributes to lower bone density in adult women.

Once established, osteoporosis can be difficult to impossible to reverse. This is why it is so important to take steps to prevent its development in the first place. Measures that help maintain bone health include getting the recommended amounts of calcium and vitamin D each day. Dietary intake of calcium can be increased by eating more dairy products, fish, such as canned salmon and sardines, dark green leafy vegetables and calcium fortified orange juice. Also, engaging in regular weight-bearing exercise and avoiding smoking or drinking excessive amounts of alcohol are correlated with improved bone health. Along with these measures, the National Osteoporosis Foundation advises that people with osteoporosis should not drink more than five cola drinks a week.

Colas, but not other carbonated beverages, are associated with low bone mineral density in older women: The Framingham Osteoporosis Study from the American Journal of Clinical Nutrition

If you have any more questions just Ask Hanna, our health advisors are here to help.
Image: ©Shutterstock / Syda Productions