What really works to treat a cold? - Health Channel

What really works to treat a cold? 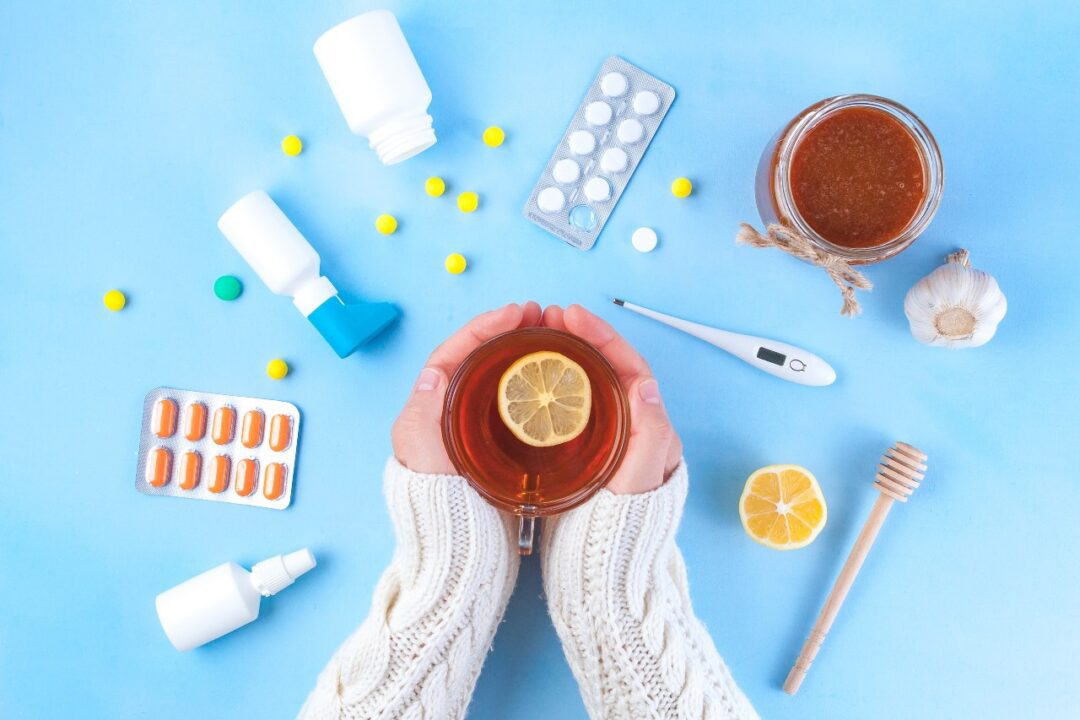 The common cold is a viral infection of the upper respiratory system. On average, children have six to eight colds per year, and adults have two to four. The common cold places a heavy burden on society, accounting for approximately 40% of time taken off work and millions of days of school missed by children each year. While medical science has yet to develop a cure for the common cold, many people take a variety of supplements in the hopes that they will prevent or shorten the duration of the illness. The most popular of these supplements are zinc, vitamin C, and Echinacea.

Let’s look at some of the scientific evidence of the effectiveness of these supplements. Much of this information comes from the Cochran Group, an international network of scientists who compile the work of several researchers into larger studies known as “meta-analyses”. By pooling data from a number of well-conducted studies, more robust and accurate conclusions can be drawn.

Zinc is commonly sold as a natural medicine for colds in tablet, lozenge, and liquid form. It is thought to decrease the ability of cold viruses to grow on or bind to the lining of the nose. While the results of studies have gone back and forth over the years regarding zinc’s effectiveness in treating colds, a recent Cochran analysis supports the evidence for zinc supplementation in treating colds. After pooling the results of several well-conducted studies, the following conclusions were drawn:

In many of the studies, nausea as a side effect of taking zinc was reported. Also, in 2009, the U.S. Food and Drug Administration warned consumers to stop using intranasal zinc products (zinc-containing homeopathic cold remedies), because of reports of anosmia (loss of smell).

Except for vitamins and minerals, Echinacea is one of the most commonly used natural supplements. Advocates say that it is can boost the immune system and has antiviral properties, such as preventing colds. However, two 2006 meta-analyses evaluating this natural remedy drew conflicting conclusions. In the first analysis, extracts of Echinacea were found to be effective in preventing cold symptoms if someone had been clinically inoculated with the cold virus. The second, a Cochrane Systematic Review, found no evidence that Echinacea was any better than a placebo at preventing the common cold. Three clinical trials funded by the National Center for Complementary and Alternative Medicine also found no benefit from Echinacea for preventing or treating colds. Echinacea products vary widely, with different preparations using different species of the plant as well a different plant parts.

Vitamin C is an important micronutrient and antioxidant. The role of vitamin C in the prevention and treatment of the common cold has been a subject of controversy for decades. Nevertheless, it is widely used as both a preventive as well as therapeutic supplement. A 2007 meta-analysis of results from 30 clinical trials involving 11,350 participants taking vitamin C regularly (200 milligrams or more daily) found that:

The final word regarding these and other supplements in the treatment of the common cold awaits further research. Obviously, a better approach would be to prevent the cold from developing in the first place. Currently, the best methods for doing this appear to be “behavioral” in nature, such as washing your hands regularly, getting plenty of rest, limiting exposure to people with colds, and avoiding touching your nose or eyes with potentially contaminated hands.

If you have any more questions just Ask Hanna, our health advisors are here to help.
Image: ©Shutterstock / goffkein.pro