What is Actinic Keratoses? - Health Channel

What is Actinic Keratoses? 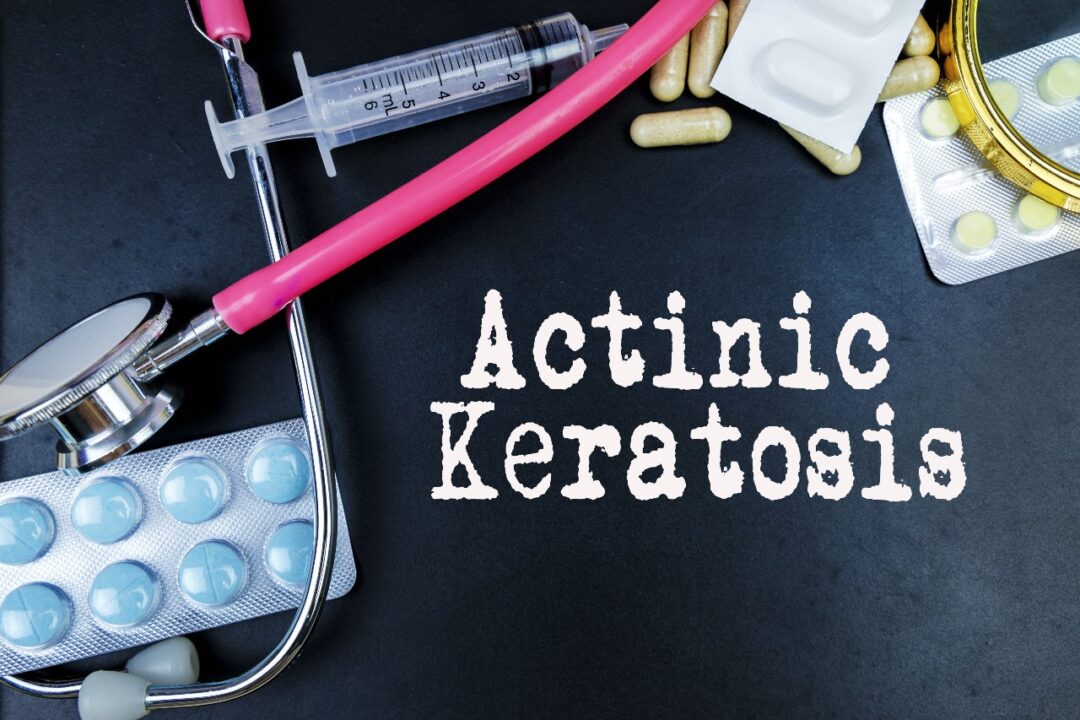 Following the abuse a summer’s worth of sun can deliver to the skin, now is a good time to review the features of a common skin condition related to ultraviolet exposure, actinic keratosis (AK). This is particularly important since AKs are considered to be pre-cancerous with a certain percentage of them advancing into squamous cell skin cancer.

What is an AK?  Actinic keratosis, also known as solar keratosis, is a skin lesion that develops on sun-exposed areas of the body such as the face, arms, backs of hands, and lips. They are often rough in texture, resembling warts, and may be felt before actual changes of the skin are noted. Their color can range from flesh-toned to brown or red. Most are small, less than a half inch across. Up to 10% of AKs will advance to become squamous cell skin cancer. Most AKs cause no symptoms, but itching or burning at the site of the skin lesion may be reported.

Who gets AKs? The most current estimate is that up to 58 million Americans have AKs. Most of these people are over the age of 40, since AKs tend to develop slowly following years of sun exposure. They are seen more often in people with fair skin and lighter hair color, but anyone who has had significant sun exposure can get them. AKs also occur more commonly in people with an impaired immune system, such as someone who has had an organ transplant or is on medications to suppress the immune system. The recent trend to use sun lamps or tanning booths has contributed to an increase in the number of AKs that occur each year.

How are AKs diagnosed? Experienced examiners can often make the diagnosis by just looking at the skin lesion. In some cases, a skin biopsy may be necessary to distinguish an AK from skin cancer.

How are AKs treated? Once skin lesions are confirmed to be AKs, it is best to have them removed since it is impossible to know which ones could become cancerous. The following are some of the most commonly used methods for AK removal:

Can AKs be prevented? Since the damage delivered through UV rays from the sun is cumulative, the development of AKs may be inevitable. Nevertheless, here are some of the ways to help prevent AKs from developing:

In order to detect AKs or skin cancer in their earliest stages, check your skin regularly and let your doctor know if you notice any suspicious lesions. Look particularly for changes in existing moles or for the development of new skin growths.

If you have any more questions just Ask Hanna, our health advisors are here to help.
Image: ©Shutterstock / Papa Annur