What is a peanut allergy? - Health Channel

What is a peanut allergy? 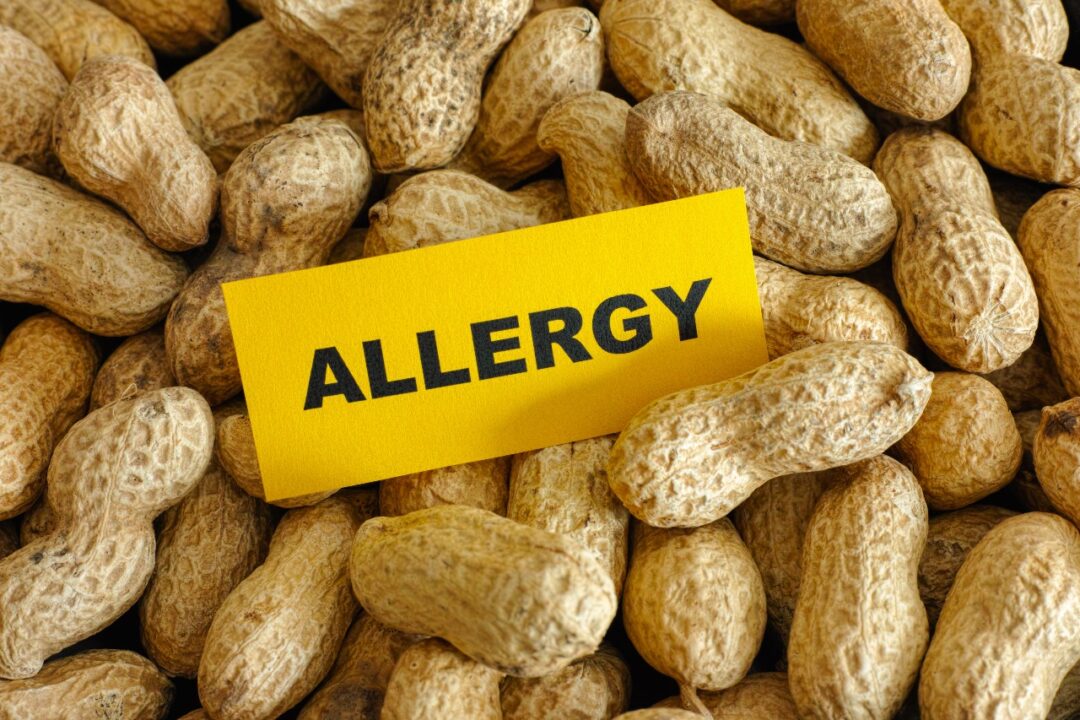 Eight types of food account for over 90% of allergic reactions in affected individuals: milk, eggs, peanuts, tree nuts, fish, shellfish, soy, and wheat. Of these, the one most capable of producing a severe allergic reaction is peanuts. It has been estimated that approximately 400,000 school-aged children in the United States have a peanut allergy. Of particular concern is that up to one third of these children with peanut allergy are at risk of developing a life-threatening allergic reaction known as anaphylaxis.

It is no coincidence that over the past few years we are hearing more about peanut allergy. The Centers for Disease Control (CDC) reports that the prevalence of food allergies in children under the age of 18 increased between the years 1997 and 2007 by 18%. By some reports, the number of children with peanut allergy has tripled during this same time period.

What causes peanut allergy? Allergic reactions occur when the body’s immune system senses that something that we come in contact with, such as proteins in certain foods, could be harmful. As a defense mechanism, eating an allergenic food triggers the production of a type of antibody known as IgE. When the body is again challenged with that food, IgE antibodies are mobilized to “fight” the foreign protein. One of the effects of this defense is the release of a symptom-producing chemical called histamine. In addition to eating peanuts or peanut-containing foods, other avenues of exposure include inhaling aerosols containing peanuts (peanut flour or cooking spray), cross contact from food being exposed to peanuts during processing, and skin contact.

What are the symptoms of peanut allergy? Peanut allergy symptoms are primarily due to the effects of histamine on the skin, circulatory, respiratory, and gastrointestinal systems. These symptoms include wheezing, swelling in the face and throat, hives, and vomiting. In severe instances, anaphylaxis, with constriction of the airways and a severe drop in blood pressure (shock) can develop.

How is a peanut allergy diagnosed? Peanut allergy is most often suspected from the reaction that eating peanuts produces. To confirm the diagnosis, skin or blood testing may be used. In skin testing, a small amount of an extract of the food suspected of being allergic is introduced beneath the skin with a small needle. In the case of an allergy to that food, redness or swelling will develop at the site of the skin prick. Blood testing for allergies involves measuring the amount of IgE antibodies in the blood stream to particular foods. For example, an elevated IgE antibody level to peanuts strongly suggests a peanut allergy.

What is the treatment for peanut allergy? The only way to confidently avoid an allergic reaction to peanuts is by strictly avoiding exposure to peanuts or peanut-containing products. When exposure occurs inadvertently, treatment is based on the severity of the reaction. For mild reactions (hives, wheezing without respiratory distress, mild swelling, etc.) taking an antihistamine (e.g. Benadryl) may be adequate. For more severe allergic reactions, self-injection with epinephrine or treatment in an Emergency Department may be required. Parents of children with peanut allergies and allergic individuals capable of injecting themselves should carry an epinephrine auto injector (EpiPen, Twinject).

Are there other foods that should be avoided besides peanuts? In addition to peanuts or products that obviously contain peanuts, individuals with peanut allergy should avoid products with the statements, “may contain peanuts” or “produced in a facility that also processes nuts” on their labels. Other risky foods for someone with peanut allergy to eat include cookies and baked goods, candy, ice cream, and ethnic foods such as Chinese, Mexican, Thai, and Indian. Additionally, although peanuts are legumes, most closely related to soybeans and lentils, up to half of individuals with a peanut allergy also react to at least one tree nut (walnut, pecans, cashews, etc.).

Peanut butter and jelly sandwiches have been a staple for generations of American children. The increasing prevalence of peanut allergy, however, is making this a potentially dangerous food choice. The good news is that it appears that around 20% of children with peanut allergy will eventually “outgrow” their sensitivity. Promising also is desensitization therapy that is currently being performed by certain Allergists. By giving gradually increasing doses of peanut protein with careful monitoring for allergic reactions, desensitization has helped children to overcome their allergy to peanuts.

If you have any more questions just Ask Hanna, our health advisors are here to help.
Image: ©Shutterstock / StepanPopov