What is a Heart Murmur? - Health Channel

What is a Heart Murmur? 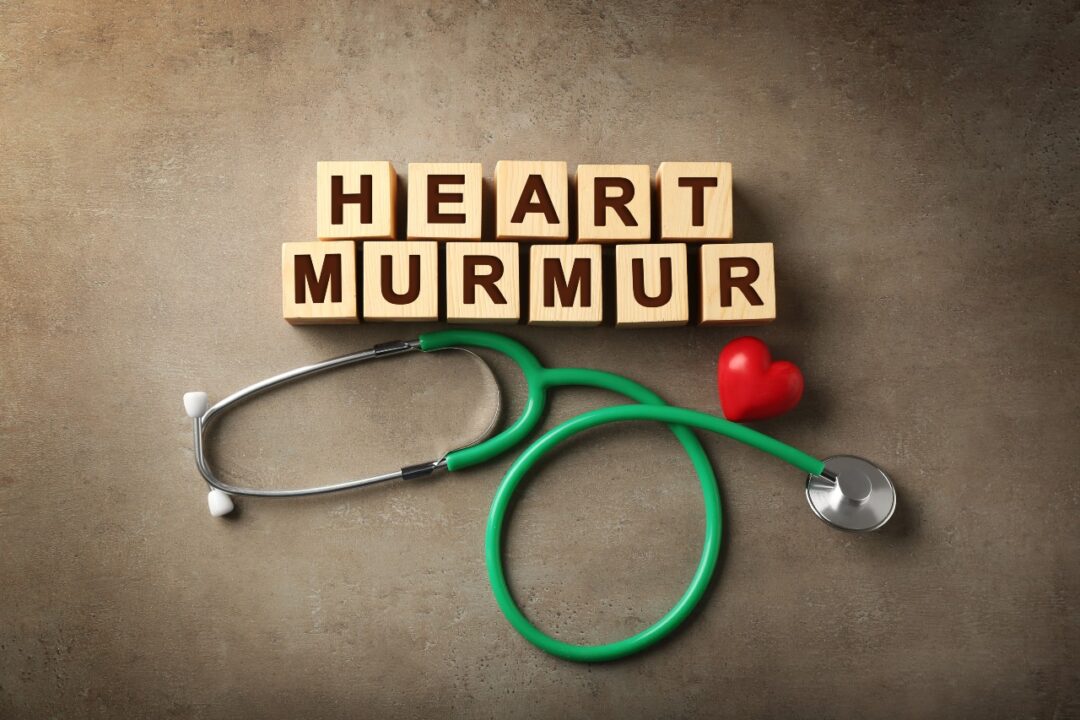 Heart murmurs are sounds made by blood moving through the valves that control the flow of blood between the chambers of the heart or to the major blood vessels leaving the heart.  They are usually described as a “whooshing” sound, occurring at a certain point during the “lub-dub” cycle of each heartbeat.  Click here to listen to examples of heart murmurs.

What causes heart murmurs?  Most heart problems, including coronary artery disease, are not typically associated with heart murmurs. When present, however, they may indicate that a heart valve is diseased.  The murmur produced when a valve is diseased comes from turbulence when blood is forced through a constricted heart valve or through a heart valve that does not shut completely.  Sometimes heart murmurs can be heard with perfectly normal hearts.  For example, with pregnancy or in conditions such as anemia or with an overactive thyroid, the heart may be required to beat faster or to have to pump a greater amount of blood than usual.  In these situations a murmur may be heard even though the heart is not diseased.  Even more common than this type of murmur is the so-called “innocent” murmur.  These murmurs are also termed “functional” or “physiologic” murmurs because the sound is produced by normal blood movement through the heart’s chambers, valves, and blood vessels. Innocent murmurs are commonly seen in newborns and in children and are quite harmless.  It is estimated that at some time in their lives most children will have an innocent heart murmur.  In most instances children “grow out” of the murmur with the sound disappearing by adulthood.

How are murmurs diagnosed?  Most murmurs are found when listening to the heart through a stethoscope during a regular exam.  The likelihood that the murmur represents a disease process hinges on a number of factors including the patient’s age, associated symptoms, and certain characteristics of the murmur, such as its loudness and position during the heart cycle.

How are innocent murmurs distinguished from those requiring medical attention?  Sometimes, when a murmur is first heard, tests may be necessary to help distinguish an innocent murmur from something more serious.  Tests that help with this include chest X-ray, electrocardiogram (EKG or ECG), or echocardiogram (sometimes called an “echo”).

What should be done about innocent murmurs?  An innocent heart murmur is not a disease and does not pose a health threat.  Innocent murmurs have nothing to do with congenital heart disease, such as having a “hole in the heart” (septal defect).  No medication or other treatment is required.  Children with innocent heart murmurs can run, jump and play with no limits on their activity.  It is especially important that they not be labeled as being “sickly” or “weak” because of an innocent murmur.  The child can be as active as any other normal, healthy child.

Some innocent murmurs may persist throughout life.  When this is the case, taking special precautions or treatment is generally unnecessary.  The outlook and treatment for abnormal heart murmurs depends on the type and severity of the heart problem causing them and will be discussed further in next week’s Health Tip.

If you have any more questions just Ask Hanna, our health advisors are here to help.
Image: ©Shutterstock / Africa Studio