What does Autism Spectrum Disorder mean? 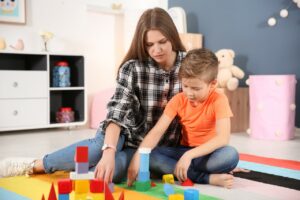 Autism, currently and more accurately referred to as Autism Spectrum Disorder (ASD), is a developmental disability that includes autistic disorder and Asperger’s syndrome. ASD is caused by changes in the brain that appear to occur during its early development. There are no distinguishing physical features of autistic children and at least early in life, they may behave the same as “normal” children. In many cases, this has led to a delay in the recognition of this disorder. What becomes more evident during the social and emotional maturation of an autistic individual is that there are differences in the ways that they behave, learn, communicate, and interact with others. ASD is a life-long disease, and the earlier that recognition and intervention occurs, the better the outcome.

The Centers for Disease Control & Prevention (CDC) has estimated that the prevalence of ASD in children is 1 in 68. This represents a startling 30% increase from previous estimates reported in 2012. While a single cause has yet to be determined, evidence is pointing primarily toward a genetic cause. This is evidenced by the marked increased in risk for the development of autism among identical as well as fraternal twins. Other likely influences on its development include premature delivery, birth trauma, and exposure to environmental chemicals during pregnancy. What has now become almost irrefutable is that immunizations are not involved in its causation. An interesting article in the New York Times from neuroscientist, Sam Wang, does a good job of separating fact from hearsay in regard to the suspected causes of autism.

ASD can often be detected by attention to the general development milestones in children. These milestones include the ways that children act, learn, play, and speak. Along with screening for general development milestones, the American Academy of Pediatrics recommends that children be screened for ASD using a standardized assessment method at 18 and 24 months or whenever a parent or provider has a concern. Parents can also play an important role in detecting autism and other developmental disorders by looking for important milestones in their child’s development. The CDC’s “Learn the Signs. Act Early” initiative provides information on many of these important milestones in a child’s development. Signs such as not babbling, waving or grasping by 12 months, not saying single words or two-word phases by 16 and 24 months respectively, or loss of language or social skills at any age, are “red flags” for the possibility of ASD and warrant further investigation.

Features of ASD that may be evident in children or adults include:

To learn more about ASD and its recognition, go to the CDC’s ASD home page or to the web page sponsored by the Autism Society.

If you have any more questions just Ask Hanna, our health advisors are here to help.
Image: ©Shutterstock / New Africa