Is using a microwave oven dangerous for my health? - Health Channel

Is using a microwave oven dangerous for my health? 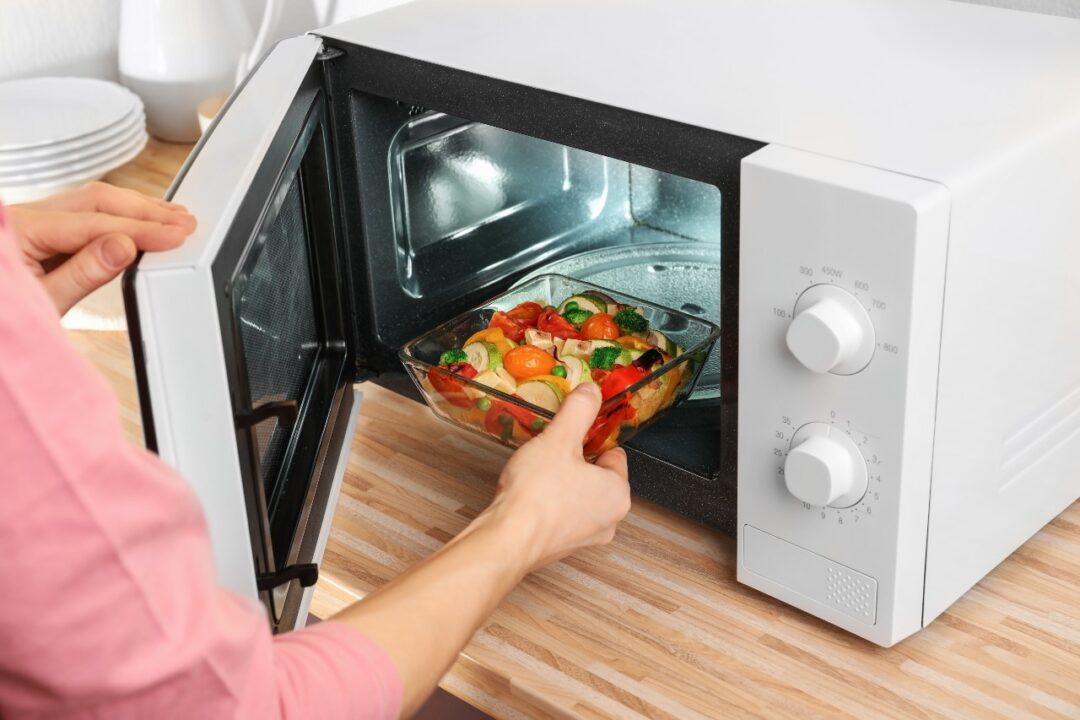 According the U.S. Bureau of Labor Statistics, more than 90 percent of U.S. households have a microwave oven. This method of cooking, which was introduced in 1947 with the “Radarange”, uses a form of electromagnetic radiation, not unlike the radio frequency waves used in broadcasting. Microwaves cook food by causing water molecules within the food to vibrate, producing heat. Advantages of microwave cooking include quicker cooking times, convenience, and energy conservation.  Despite these advantages, a portion of the American public has concerns regarding the health effects of the radiation produced by the ovens as well as believing that they lower the nutritional value of foods.  These concerns, along with the current trend of cooking “fresh”, have negatively impacted microwave sales over the past 10 years. Let’s see what medical experts have to say about some of the concerns related to microwave cooking.

Effects of microwave radiation on you
Like food being cooked, if humans are exposed to high levels of microwaves the heat produced within tissues is capable of causing medical problems such as burns and cataracts. Food and Drug Administration (FDA), however, has set limits on the amount of radiation that can leak from the ovens. These limits are set far below those amounts capable of causing harm.  While there are reports of injuries that have occurred while using a microwave oven, the U.S. Occupational Safety and Health Administration (OSHA), contends that these injuries were similar to those that might have occurred with any cooking source, e.g. burning the skin with hot steam or splattered grease.  Microwave cooking does not make food radioactive and microwaves do not have the potential to cause cancer like gamma rays or x-rays. In the past, there was concern that microwave ovens could interfere with the function of heart pacemakers.  Currently, pacemakers are shielded against this type of electrical interference and the FDA does not consider microwave cooking to be a significant concern for someone with a pacemaker.

Effects of microwave radiation on food
A quick search of the internet will uncover numerous sources contending that microwave cooking robs nutrients from foods and may even produce “carcinogenic foods”. These claims, however, are not supported by nutritional research. Microwave cooking is generally faster than conventional cooking and uses less added water during the cooking process. As a result, microwave cooking has been found to produce less damage to the chemical structure of nutrients and is less likely to “leach” vitamins and minerals into cooking water. As compared to conventional cooking, studies have shown equal or better retention of nutrients with microwave cooking for the B vitamins, thiamin, riboflavin, folic acid and pyridoxine as well as for vitamin C. Microwave cooking should always be done in microwave-approved cookware. Using other containers, such as margarine tubs or Styrofoam take-out containers could melt, allowing harmful chemicals to contaminate the food being cooked.

Most of the research done to date seems to indicate that microwave cooking is not associated with major health risks. The FDA, however, continues to test new microwave ovens to make sure that the limits for radiation leakage are not exceeded. A microwave oven with a damaged or defective door could leak an excessive amount of radiation and should not be used. Likewise, the concern that microwave cooking robs foods of nutrients appears to be unfounded. The quality of the food being prepared, considering that many microwaveable meals are of the “TV dinner” variety, however, often leaves much to be desired.

If you have any more questions just Ask Hanna, our health advisors are here to help.
Image: ©Shutterstock / Africa Studio