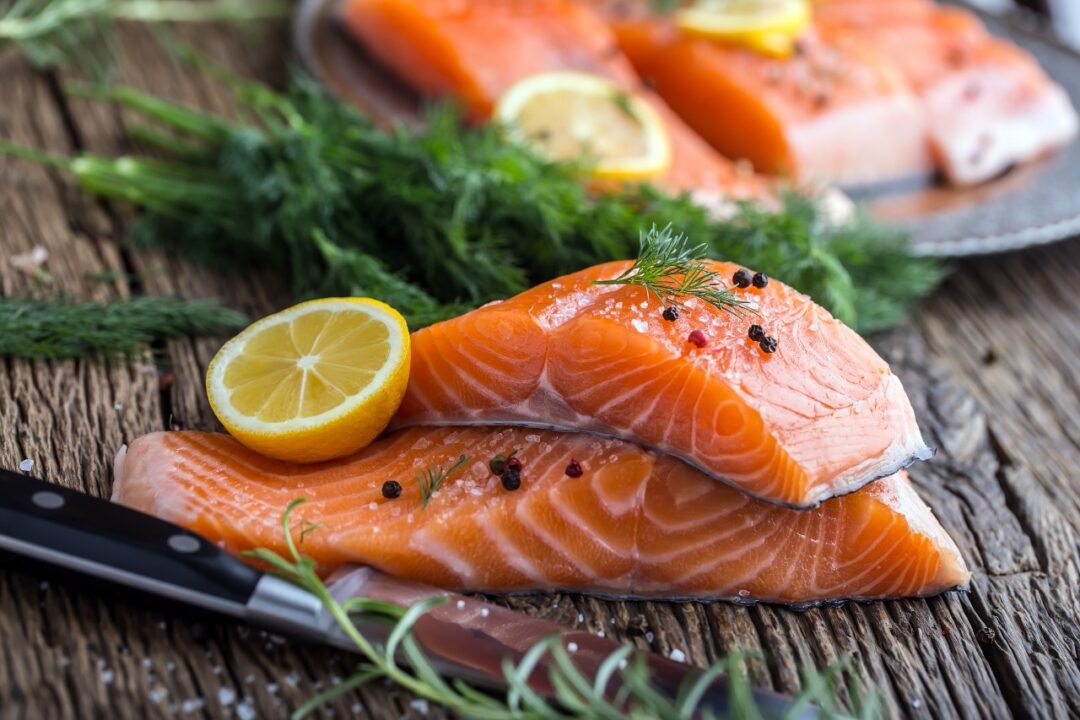 Some old wives’ tales, such as arthritis resulting from cracking knuckles, have not held up to scientific scrutiny.  Others have stood the test of time, such as the idea that drinking cranberry juice can help fight urinary tract infections.  The concept of fish being good for the health of the brain has also gained credibility from recently published reports.

One study supporting the role of fish in maintaining brain health was recently presented at the annual meeting of the Radiological Society of North America.  This study involved 260 elderly subjects in whom brain volume was measured by MRI scanning at the beginning and at the end of the study period.  Over a period of time that averaged 10 years, those subjects who ate fish at least once a week showed less loss of brain tissue in the areas of the brain responsible for regulating memory (hippocampus and frontal cortex).  Perhaps more importantly, fish eaters were significantly less likely to develop dementia or Alzheimer’s disease.

A second, recently published study by UCLA researchers involved over 1,500 normal subjects who averaged 67 years of age.  Each subject underwent MRI scanning of the brain as well as tests to measure mental functioning and omega-3 fatty acid levels in their body.  Study subjects with the lowest levels of omega-3 fatty acids were found to have loss of brain volume equivalent to approximately two years of brain aging, and performed worse on tests of memory and reasoning.  This supports the notion that a diet lacking in omega-3 fatty acids could cause the brain to age faster and lose some of its memory and thinking capabilities.

Neither of these studies was designed to determine the optimal amount of fish consumption necessary to maintain brain volume and cognitive function.  Nevertheless, the recommendation from the American Heart Association of getting at least 2 servings of fish per week seems reasonable from the standpoint of both heart and brain health.

It is not known if taking fish oil supplements provides the same level of benefits as eating fatty fish.  Most experts, however, say that it’s best to get nutrients from food.  For people who dislike eating fish or are strict vegetarians, omega-3 supplements, or products fortified with algae oil DHA may be a reasonable substitute.  One concern regarding fish consumption relates to the high level of mercury that some fish contain.  For this reason, it is best to avoid eating king mackerel, shark, swordfish, or tilefish (golden bass or golden snapper).

If you have any more questions just Ask Hanna, our health advisors are here to help.
Image: ©Shutterstock / Marian Weyo