How does a cold affect our body? - Health Channel

How does a cold affect our body? 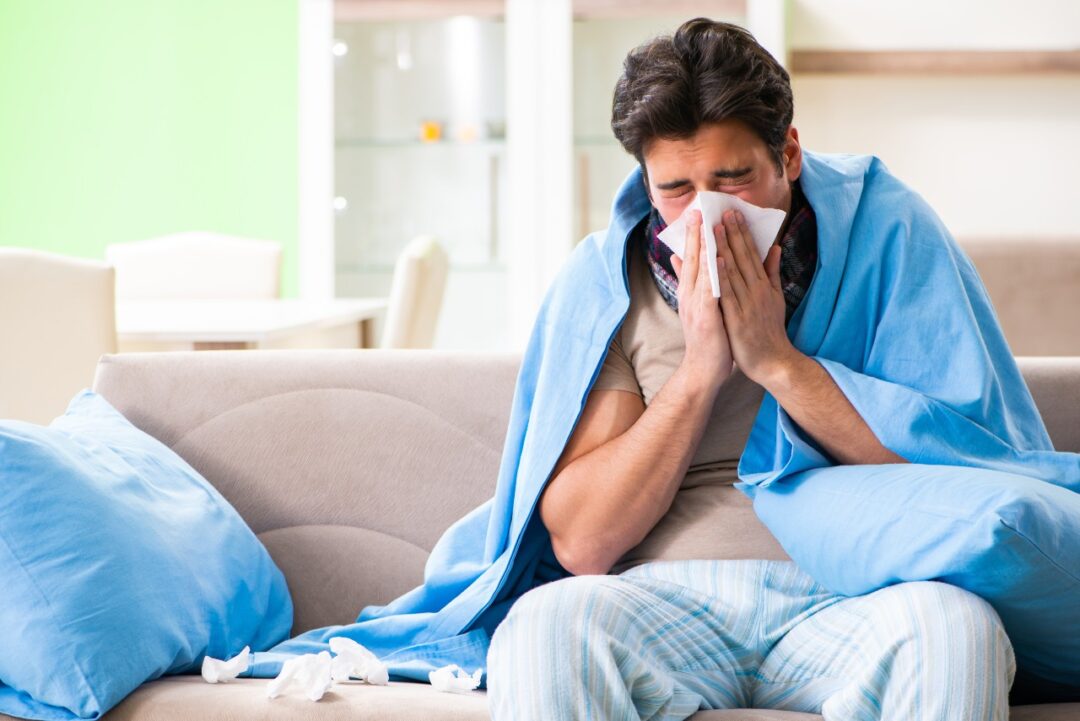 There’s no denying that the typical symptoms of the common cold—sore throat, runny nose, cough, etc. —are miserable. But when you realize that cold symptoms are an indication that your body’s defense system is working, it gives you a different perspective on your misery.

Up to 50% of colds are caused by a class of viruses known as rhinoviruses. Typically the virus enters its victim’s body through the nose, either by contaminated fingers or droplets produced by coughing or sneezing. Once inside the nasal passages, the virus reproduces rapidly with cold symptoms beginning as soon as 12 hours after exposure to the virus. Symptoms usually peak after 2 to 3 days, and in most cases, resolve after a week.

When the body is infected by a cold virus, the immune system is activated to fight the infection. Initial responses of the immune system are to send white blood cells to the site of the infection and to release chemicals known as inflammatory mediators, including “kinins”.  These inflammatory mediators cause tissue swelling, increased blood flow to the nasal cavities, and the production of mucus—many of the features that we identify as “cold” symptoms. Recently, an antiviral compound known as “viperin” has been identified that also plays an important role in fighting rhinovirus infections. These and many more responses from the immune system are essential in helping us get over a cold.

Let’s look at some of the symptoms produced with a cold and what they may imply about the infection or the body’s response to the infection:

Some medical writers have reasoned that the more severe the cold symptoms one is experiencing, the stronger the body’s immune system response. This is perhaps a poor consolation to feeling so uncomfortable, but just remember that along with these symptoms comes the knowledge that your body is doing its best to fight the infection.

If you have any more questions just Ask Hanna, our health advisors are here to help.
Image: ©Shutterstock / Elnur