How are strokes detected and managed with FAST? - Health Channel

How are strokes detected and managed with FAST? 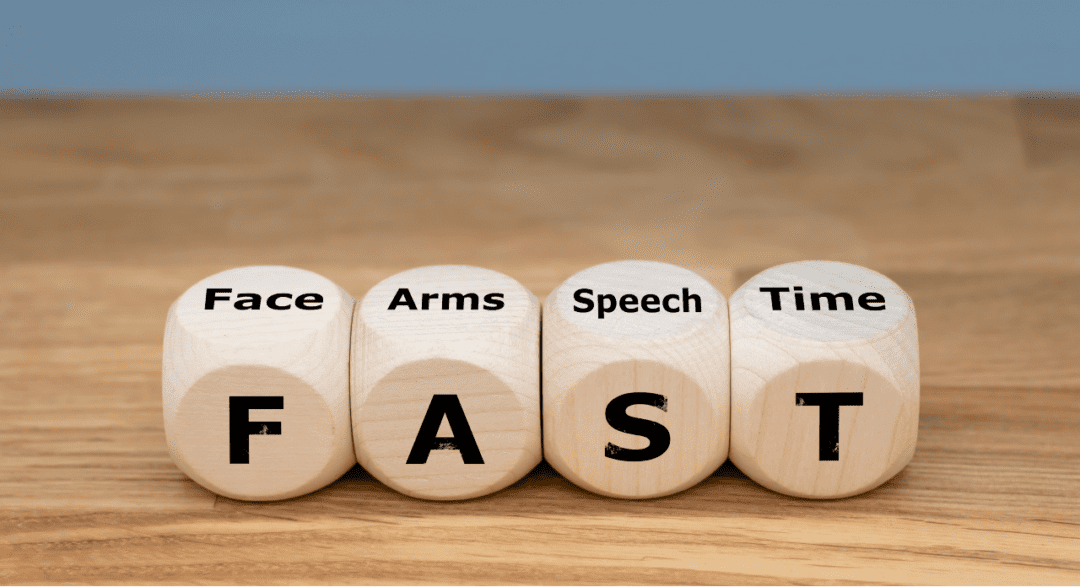 The National Stroke Association has adopted the acronym “FAST” to help people remember the most common signs and symptoms of a stroke and to encourage receiving prompt medical attention if someone could be experiencing a stroke.

What is a stroke? A stroke is the sudden death of brain cells in a localized area due to inadequate blood flow. There are two major types of stroke— ischemic stroke and hemorrhagic stroke. An ischemic stroke occurs when a vessel that supplies blood to the brain is blocked. This type of stroke may be caused when a clot forms in a narrowed artery, or from a clot that travels from some other area of the body (often the heart) and becomes lodged in an artery in the brain. The second type of stroke is known as a hemorrhagic stroke. This type of stroke occurs when a blood vessel in part of the brain becomes weak and bursts open, causing blood to leak into the brain.

Who is at risk for having a stroke? High blood pressure is the number one risk factor for strokes. Another is a rhythm disturbance of the heart known as atrial fibrillation. Others are the same as in heart attack risk—diabetes, high cholesterol and cigarette smoking.

How are strokes treated? The way in which strokes are treated hinges on a number of factors including; 1) the type of stroke (ischemic, hemorrhagic, etc.), 2) the presence of predisposing medical conditions (atrial fibrillation, uncontrolled hypertension, etc.), and 3) the time interval between the onset of symptoms and receiving medical attention. For example, if the stroke is caused by a blood clot, a “clot-busting” drug (t-PA), may be given to dissolve the clot. For this drug to work, however, treatment must begin within 4 1/2 hours of the onset of symptoms. Treatment of a hemorrhagic stroke involves measures to control bleeding, reduce pressure in the brain, and to control blood pressure.

What happens after the stroke? Following emergency treatment, the goal after a stroke is to try to recover as much function as possible and to prevent future strokes. Most stroke survivors receive treatment in a rehabilitation program to help regain strength, improve balance, and address speech and language deficits. Improvement can continue for months and even years following a stroke. To prevent recurrent strokes, surgery, to open partially blocked arteries or to address an aneurysm that is at risk of bleeding, is sometimes required.

Act FAST! Now for the components of the FAST acronym to help you remember some of the most common features of a stroke:

F stands for “face”. During a stroke, the muscles of the face may be involved. Asking the person suspected of having a stroke to smile can bring out an asymmetry of facial muscles, indicating weakness on one side.

A stands for “arms”. Another common symptom is weakness of the muscles of the arms or hands. By asking the person to raise both arms to the side, a loss of motor control on one side or the other may be noted.

S stands for “speech”. With many strokes, an area of the brain that controls speech may be affected. Slurring words or difficulty understanding speech should alert someone to the possibility of a stroke.

T stands for “time”. Time is of the essence in the treatment of strokes. As mentioned, “clot-busting” drugs must be given within a few hours of the onset of symptoms, and the sooner the better. These drugs have been shown to reduce long-term disability for ischemic strokes. If someone is experiencing signs of a stroke, make note of the time of onset of symptoms and call “9-1-1” immediately.

If you have any more questions just Ask Hanna, our health advisors are here to help.
Image: ©Shutterstock / FrankHH