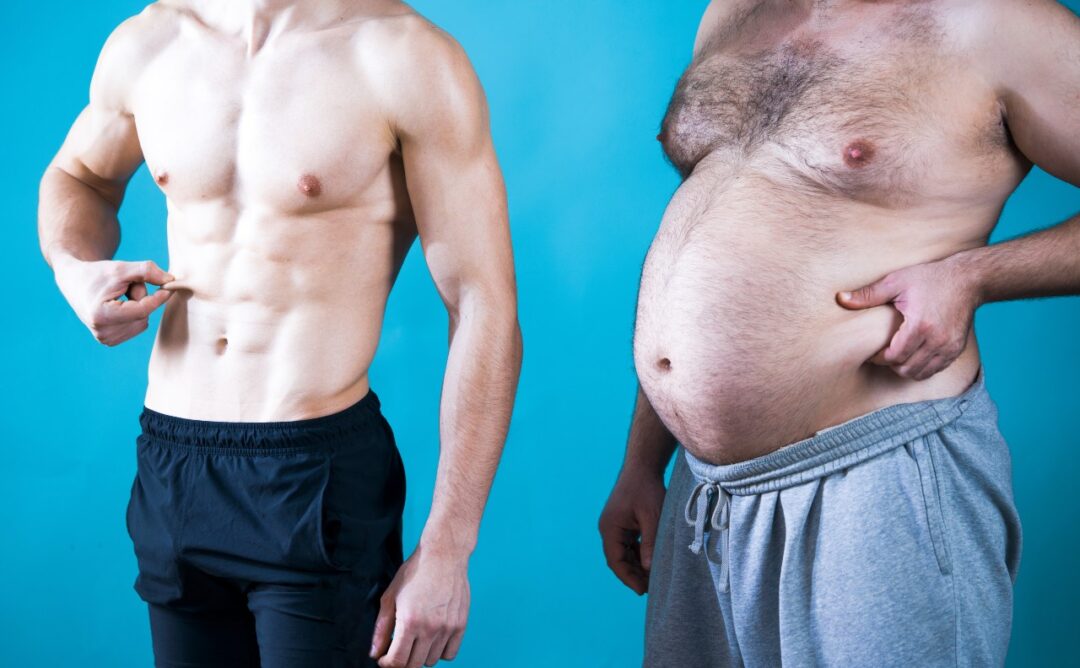 Determining percent body fat: There are a number of ways to measure percent body fat, but unfortunately, the best methods are either quite expensive or unavailable to most people. A few of the most common methods include:

Another method, the body mass index, or BMI (nhlbisupport.com/bmi), is calculated from height and weight measurements. It provides information about general body habitus (underweight, recommended, obese, etc.) but does not provide you with a specific percent body fat measurement. This method, however, is free and does provide a rough measure of body fatness and health risks related to body weight.

Benefits of having a lower percentage of body fat: The health problems associated with obesity are well known and include a higher risk for developing coronary heart disease, stroke, certain cancers, Type 2 diabetes, osteoarthritis, gall stones, and a host of other medical problems. The benefits of reducing to an acceptable percentage of body fat can include a heightened self-image, increase in strength and endurance, along with a reduced risk for developing the obesity-related conditions mentioned above.

Converting fat to muscle: Another misconception is that fat can be “converted” into muscle. Fat and muscle are two different types of body tissue. Changing one to another is no more possible than a medieval alchemist being able to convert lead into gold. What really happens when people experience changes in their body composition with diet and exercise is that their bodies are burning fat (by restricting calories and cardio workouts) and adding muscle mass (through resistance training). The impression that fat is being converted into muscle is because these changes occur simultaneously. A bonus to having a higher percentage of muscle over fat, is that while at rest (basal metabolic rate) muscle burns more calories than fat. The difference is relatively small, in the range of an additional 5 to 7 calories per pound of body weight per day, but over time this can add up significantly.

Losing inches vs pounds: When beginning an exercise/weight loss program, some people become frustrated because they are not losing weight even though they appear to be leaner. This can occur because of the previously described difference in density between muscle and fat. Just as a pound of lead would occupy a significantly smaller space than a pound of feathers, two people could be the same height and weight, but the person with the lower body fat percentage would appear to be leaner. Another way of looking at this is that a 150-pound woman whose body is composed of 25% fat would most likely wear a smaller clothing size than a woman of the same height and weight with 45% body fat. By reducing body fat and gaining muscle, “inches” could be lost from the waist line or other areas of the body even though the person’s weight remained the same. One lesson from this is that body weight is not the only way to monitor the success of an exercise/weight loss program. In addition to body weight, other parameters should be considered such as percentage body fat, strength, waist circumference, blood pressure, and blood lipids. Losing weight alone without improvement in these other parameters may not produce the maximal improvement in one’s health, which should be the goal of any exercise and weight management program.

If you have any more questions just Ask Hanna, our health advisors are here to help.
Image: ©Shutterstock / Puppy 4