Can I overdose on OTC medicine? - Health Channel

Can I overdose on OTC medicine? 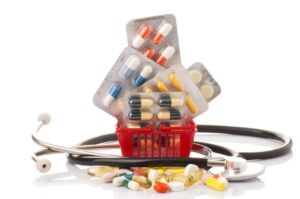 The availability of over-the-counter (OTC) medications, that at one time could only be obtained by prescription, has allowed thousands of people to treat minor illnesses on their own. This benefits consumers by avoiding unnecessary doctor visits and offering a less expensive alternative to
prescription drugs. It is important to remember, however, that just because a medication has become available without requiring a prescription, it still carries all of the risks that it had previously. It has been estimated that up to 200,000 Americans are hospitalized each year because of inappropriate use of OTC medications.

The blame for this inappropriate usage is due to a number of factors. Sometimes, the consumers using these medications do not carefully read the instructions for use. Doctors, not realizing that patients are taking certain OTC medications, may prescribe medications containing the same agent resulting in overdosage. Additionally, once a prescription medication becomes available OTC, manufacturers may be less conscientious about pointing out potential side effects when advertising their product.
In today’s Health Tip, we’ll look at some of the most commonly used OTC medications and risks involved if not taken appropriately.

Acetaminophen—(Tylenol, Dayquil, Midol, Excedrin, others) Acetaminophen is one of the most commonly taken medications. Taking too much at any one time, however, can have serious health consequences. In the U.S., overdosing on acetaminophen is the leading cause of acute liver failure. More than 600 prescription or OTC medications contain acetaminophen, so it is important to carefully read labels in order to see if you could be taking it from multiple sources. If an OTC form of acetaminophen is taken along with a prescription medication containing acetaminophen (Percocet, Vicodin, Lortab, others), one could quickly exceed the adult maximum of 4000 mg dosage per day.

Nasal decongestants (Afrin, Neo-Synephrine. others) These OTC nasal sprays work by constricting the blood vessels in the nose. This can be of great benefit with the common cold by reducing swelling, irritation and sniffling. Nasal decongestants are generally safe when used for only 3 to 4 days. Used longer than that, however, they can cause a condition in which the nasal passages become even more swollen that they were originally (rhinitis medamentosa). Also, in some people, overuse of nasal sprays can raise heart rate and blood pressure.

Ibuprofen —(Advil, Motrin) Ibuprofen is in a class of drugs known as non-steroidal anti-inflammatory drugs (NSAIDs) which also includes aspirin and Aleve (Naprosyn). When used for longer than necessary or at too high a dosage, NSAIDs can cause stomach ulcers or kidney problems. Children and teens under 18 should not take aspirin for a febrile illness because it has been linked with a rare but potentially fatal condition called Reye’s syndrome.

Proton Pump Inhibitors (PPIs) (Prevacid, Prilosec, Zegerid) These OTC products are marketed primarily for treating frequent heartburn. Taking PPIs for a long period of time has been linked with an increased risk of osteoporosis and fractures, particularly involving the spine, hip, and wrist. Also the low-acid environment in the stomach caused by PPIs is linked to the development of vitamin B12 deficiency which can cause nerve damage.

Multisystem Cold Medications (Delsym Multi-Symptom, Tylenol Cold Multi-Symptom, Theraflu Multi-Symptom, others) The active ingredients in these products vary depending on the symptoms they are designed to treat. Most of them contain some combination of pain medication, decongestant, antihistamine, and/or cough suppressant. The decongestant (pseudoephedrine, phenylephrine, oxymetazoline, etc.) included in these medications can be a particular concern for people who have high blood pressure. As mentioned previously, with so many different medicines containing acetaminophen, care must be taken to avoid overdosing. Multisystem cold medications can simplify treatment of a cold, but in many cases it is better to direct treatment toward specific symptoms, e.g. gargling with salt water for sore throat or using a nasal decongestant for stuffy nose.

Many other OTC medications, including laxatives and antihistamines, pose risks when taken inappropriately. While their availability has been a benefit to medical consumers, it must be realized that like any other medication, OTC products also carry a risk for causing serious side effects.

If you have any more questions just Ask Hanna, our health advisors are here to help.
Image: ©Shutterstock / Cherry b l o s s o m