Can children have hypertension and type 2 diabetes? 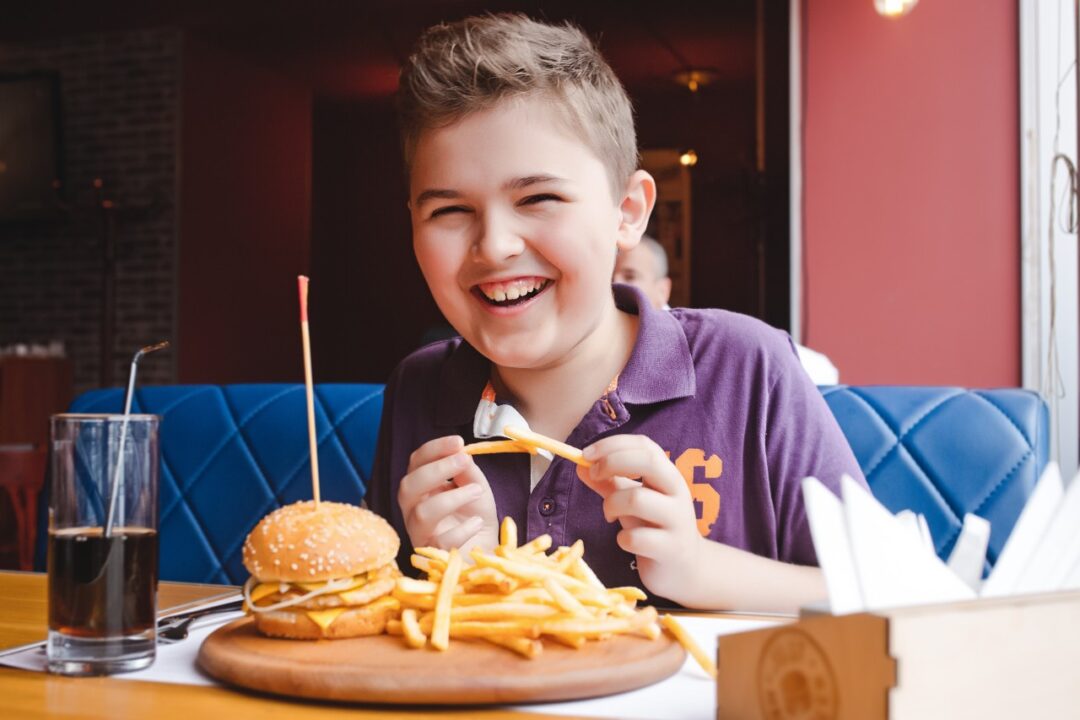 Chronic illnesses, such as high blood pressure, type 2 diabetes, and hypercholesterolemia, are primarily thought of as diseases that affect adults. Over the past decade, however, these same illnesses or their predecessors have become increasingly common in children and adolescents.

High blood pressure (hypertension) is a well-known condition that affects almost a third of adults in the U.S. It is a major contributor to heart disease and stroke which are the first and third leading causes of death in adults. Recent statistics indicate that up to 5% of children also have blood pressure that is higher than normal. Most of these children will have what is known as primary or “essential” hypertension. In primary hypertension, no known cause is identified, although obesity, poor dietary habits, and lack of exercise are major contributing factors. Of concern is that if essential hypertension is allowed to persist, it can lead to heart disease or stroke later in life. Secondary hypertension affects a much smaller percentage of children in whom hypertension is diagnosed. By definition, secondary hypertension is due to an underlying cause, such as kidney or heart disease. In general, the younger the child and the higher the blood pressure, the greater the likelihood that hypertension is due to a secondary cause. Often, special testing to identify the secondary cause and aggressive treatment is required to avoid serious complications. Current guidelines recommend that all children should have their blood pressure checked beginning at age 3.

Type 2 Diabetes is a condition in which the body is resistant to the effects of insulin, the hormone that regulates the movement of glucose (sugar) into the body’s cells, or doesn’t produce enough insulin to maintain a normal glucose level. The two major forms of diabetes are Type 1 and Type 2. Type 1 diabetes, previously known as “juvenile onset” or “insulin dependent”, occurs most often in younger patients. Type 2 diabetes had been called “adult onset” since it was much more likely to develop after the age of 20. Prior to the onset of type 2 diabetes, a condition known as “pre-diabetes” occurs. In pre-diabetes, the body is unable to handle glucose normally, resulting in higher than normal blood sugars. If not addressed, pre-diabetes usually develops into diabetes. The American Diabetes Association (ADA) estimates that 2 million children, or 1 out of every 6, have pre-diabetes. The increase in prevalence in pre-diabetes and type 2 diabetes has paralleled the increased prevalence of obesity among younger people. In fact, of children diagnosed with Type 2 diabetes today, 85% of them are obese. Currently, the ADA recommends screening for type 2 diabetes in those children who are obese (body-mass index above the 85th percentile) along with risk factors, such as a family history of diabetes or signs of insulin resistance (elevated cholesterol, high blood pressure, etc.).

High Cholesterol was at one time considered to be a problem that spared children and adolescents. However, it is now clear that children and adolescents can also have elevated cholesterol. This frequently leads to the development of atherosclerosis (“hardening” of the arteries), the major cause of heart attack and stroke in adults. Just as with hypertension and type 2 diabetes, the increased prevalence of elevated cholesterol appears to primarily be related to the obesity epidemic in children. In 2011, the American Academy of Pediatrics revised their screening guidelines to advise lipid screening to include total cholesterol, LDL (“bad cholesterol”) and HDL (“good cholesterol”) for all children ages 9-11 years and then again at age 17-21 years.

The common denominator: Obesity Statistics indicate that obesity now affects 17% of all children and adolescents in the United States. This is triple the rate from just one generation ago. Obesity predisposes them to the “adult” diseases mentioned above as well as to other medical conditions such as degenerative arthritis, sleep apnea, and certain types of cancer. In children with one of these conditions, initial treatment should involve a weight reduction diet and institution of a regular exercise program. When obesity is present, weight loss of approximately 10 percent of body weight can return blood pressure and blood sugar back to normal levels.

The American Academy of Pediatrics has published guidelines on treating children as young as 8 years of age with the same cholesterol-lowering medications used in adults. Likewise, medication treatment for children and adolescents with diabetes and hypertension has received approval. Since lifestyle issues such as overeating and lack of exercise appear to be at the root of these “adult” diseases affecting younger people, perhaps a more rational approach would be for physicians to focus on behavioral approaches to motivate families to engage in regular exercise and adopt healthy dietary habits in order to address this growing concern.

If you have any more questions just Ask Hanna, our health advisors are here to help.
Image: ©Shutterstock / kievstock