Can a tick bite give me a meat allergy? - Health Channel

Can a tick bite give me a meat allergy? 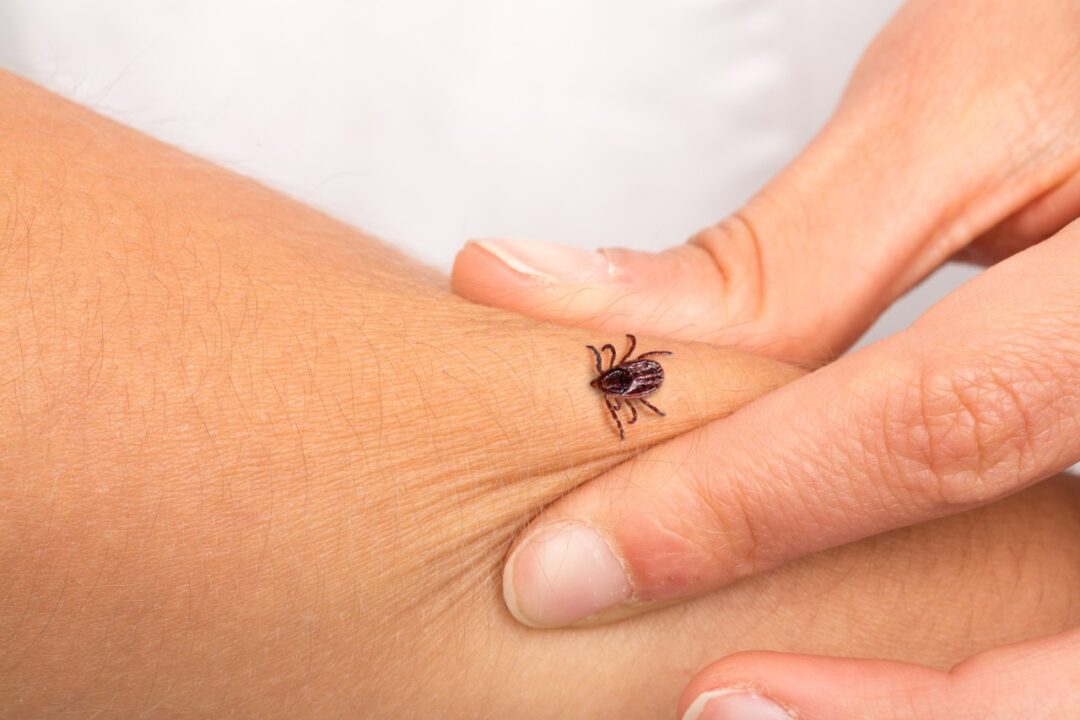 People who live in the southern and central United States, areas of the country where bites from the lone-star tick (Amblyomma americanum) are common, are reported to be at risk of developing an allergy to red meat. The allergy is thought to develop as a result of exposure to a carbohydrate called alpha-gal (galactose-α-1,3-galactose) that is transferred from the tick to humans via their bite.
Alpha-gal is present in several mammals (e.g., cows, pigs, deer, sheep, etc.) but is not naturally present in apes and humans. Ordinarily, when meat from one of these sources is consumed by humans, the alpha-gal remains in the digestive tract without causing problems. If alpha-gal is transferred to the blood stream of a human during a tick bite, however, the body recognizes the carbohydrate as a foreign substance and initiates an immune response.

During this immune response, antibodies (IgE) to alpha-gal are produced to protect the body from this carbohydrate which it perceives to be a threat. IgE antibodies are one of 5 classes of antibodies produced in the body and the one most commonly involved in allergies and allergic reactions. With subsequent consumption of food containing alpha-gal, IgE antibodies are released which bind to the foreign carbohydrate and trigger the release of histamine and other chemicals causing an allergic reaction.

Symptoms of a meat allergy can include:

Alpha-gal-related allergy symptoms characteristically occur 3 to 6 hours after eating red meat, rather than the more typical hour or less common to most other food allergies. A blood test to measure for the presence of alpha-gal IgE antibodies is available, however, this test has not been approved yet by the U.S. Food and Drug Administration and may not be covered by certain health insurance carriers.

At present, treatment of alpha-gal meat allergy involves avoidance of eating meat from mammals. Should mild symptoms occur despite avoidance efforts, treatment with antihistamines or corticosteroids should help. Anaphylaxis, also known as “anaphylactic shock”, is a true medical emergency and requires immediate treatment. Symptoms of anaphylaxis include swelling of the tongue and throat, constriction of the airways, a weak and rapid pulse, and dizziness or fainting. Treatment typically involves administration of oxygen, anti-histamines and injectable epinephrine. People with meat allergy should consider carrying an epinephrine auto-injector (e.g. EpiPen) in case of a reaction.

Non-mammalian meat (fish, chicken, turkey, etc.) does not contain alpha-gal, but milk and some milk products have been suspected of triggering the allergic reaction.  Gelatin and protein powder with whey may also contain alpha-gal. Although most common in the southeastern U.S., alpha-gal meat allergy could occur in any area of the country where lone-star ticks are present.  Other ticks, including the European Castor Bean Tick and the Paralysis Tick in Australia have also been implicated in the development of meat allergy.